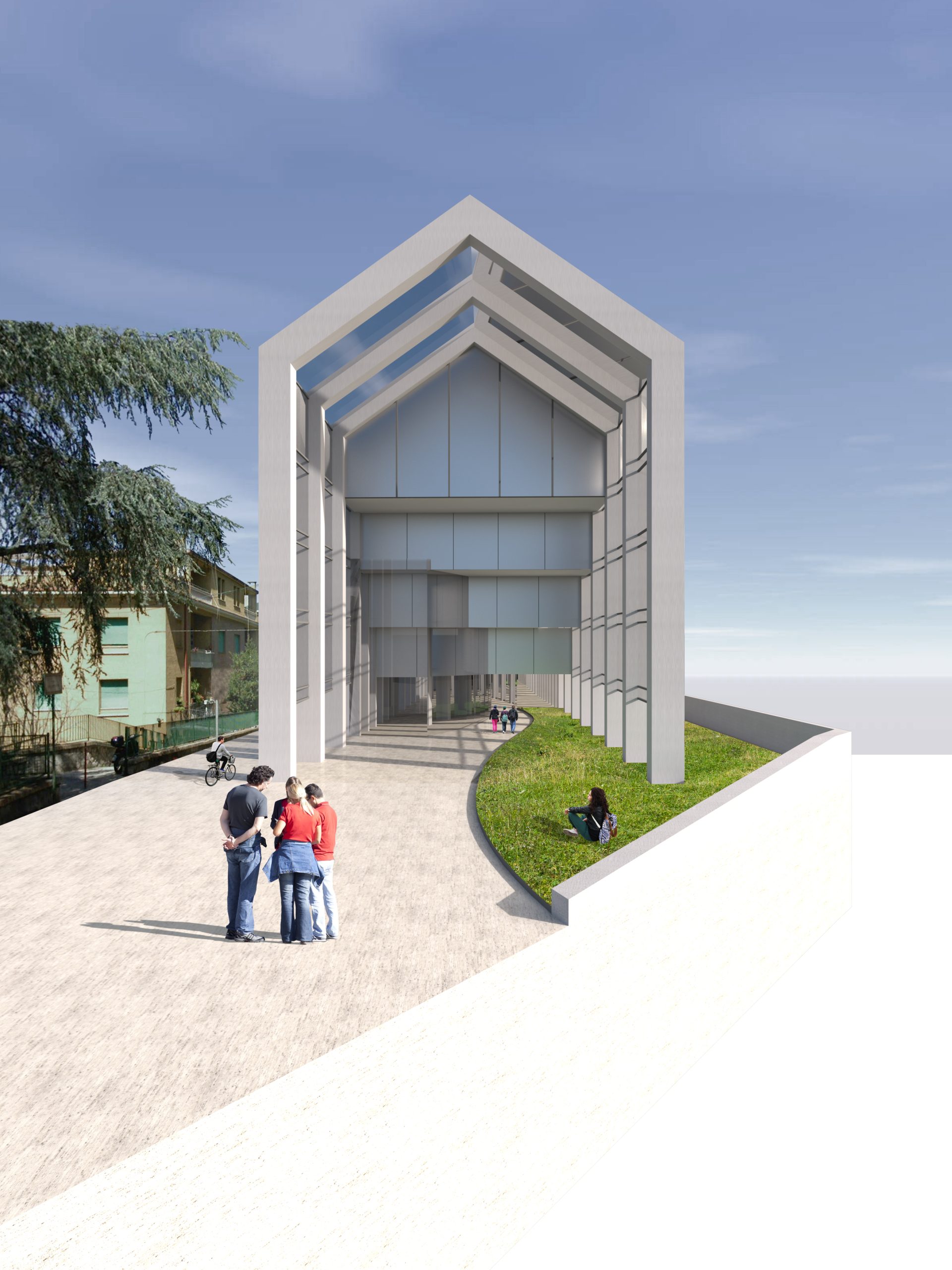 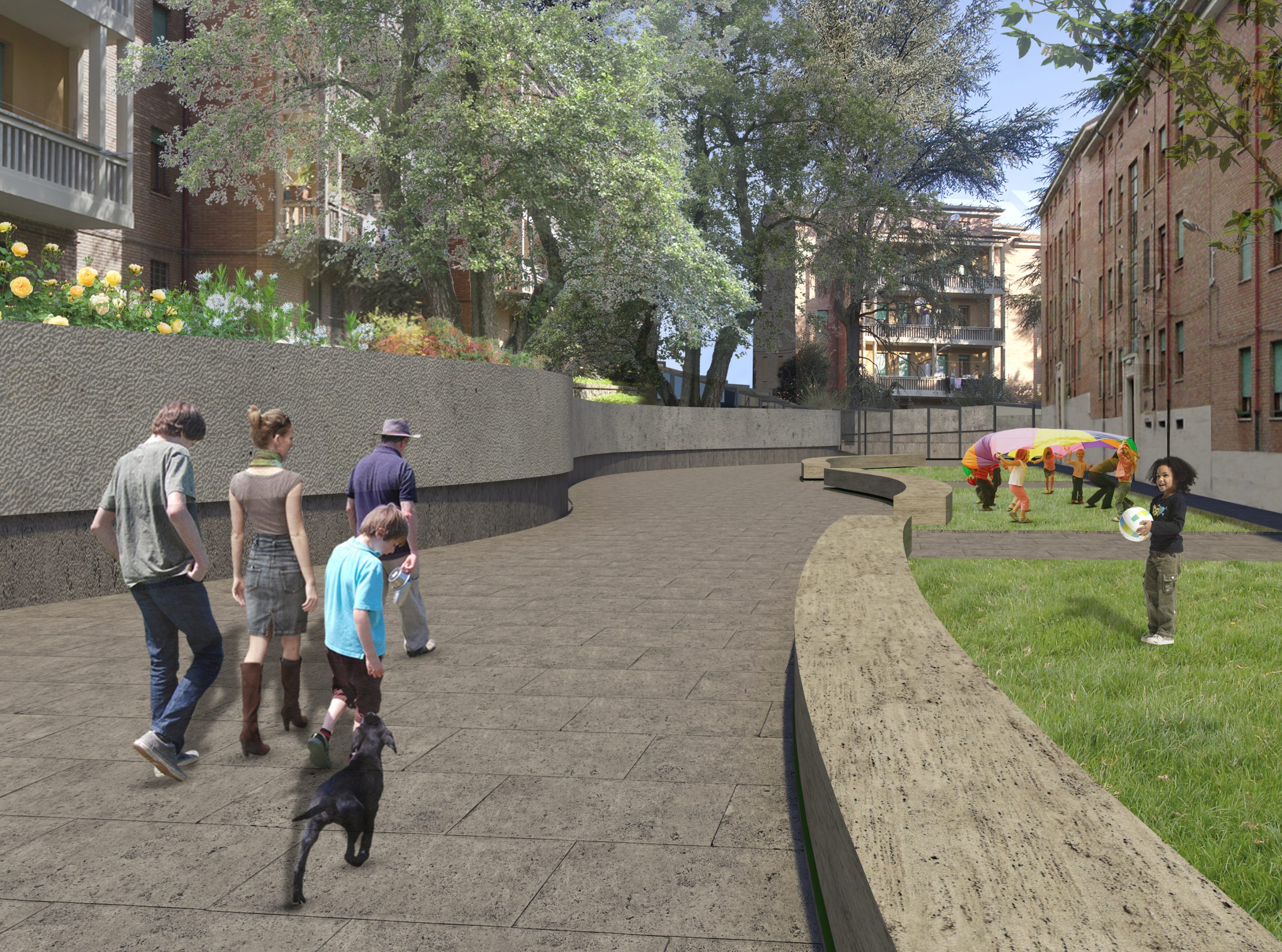 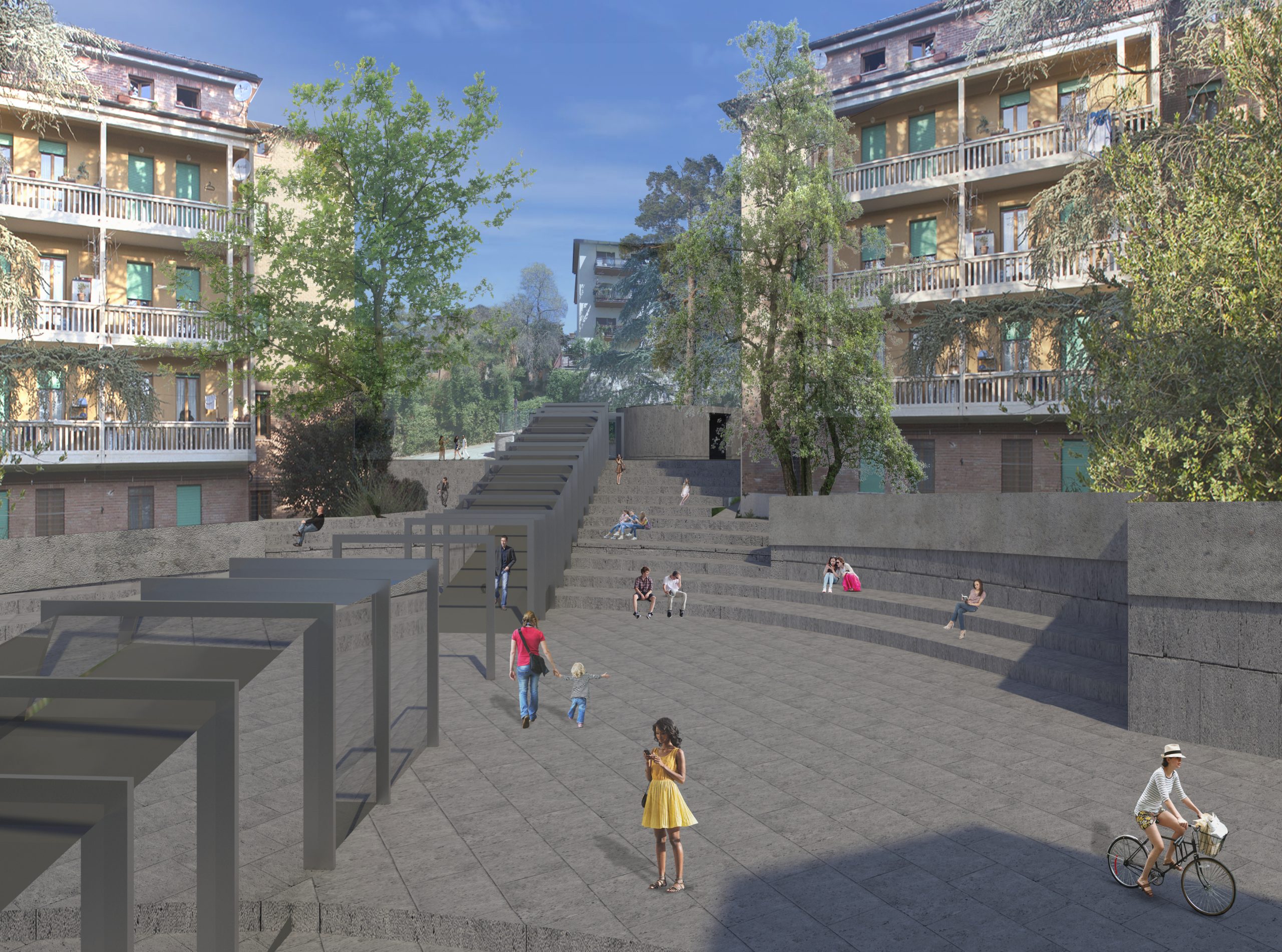 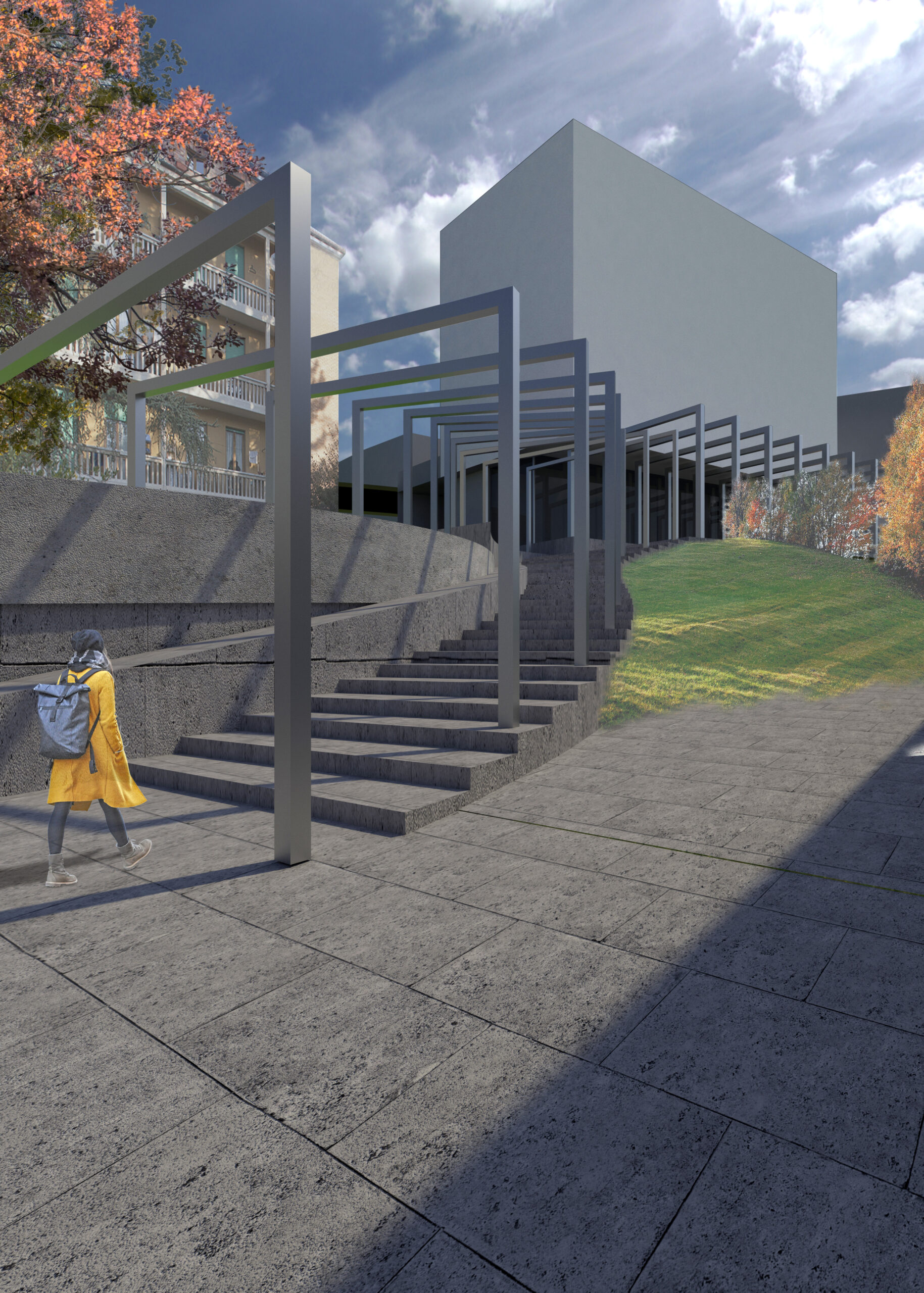 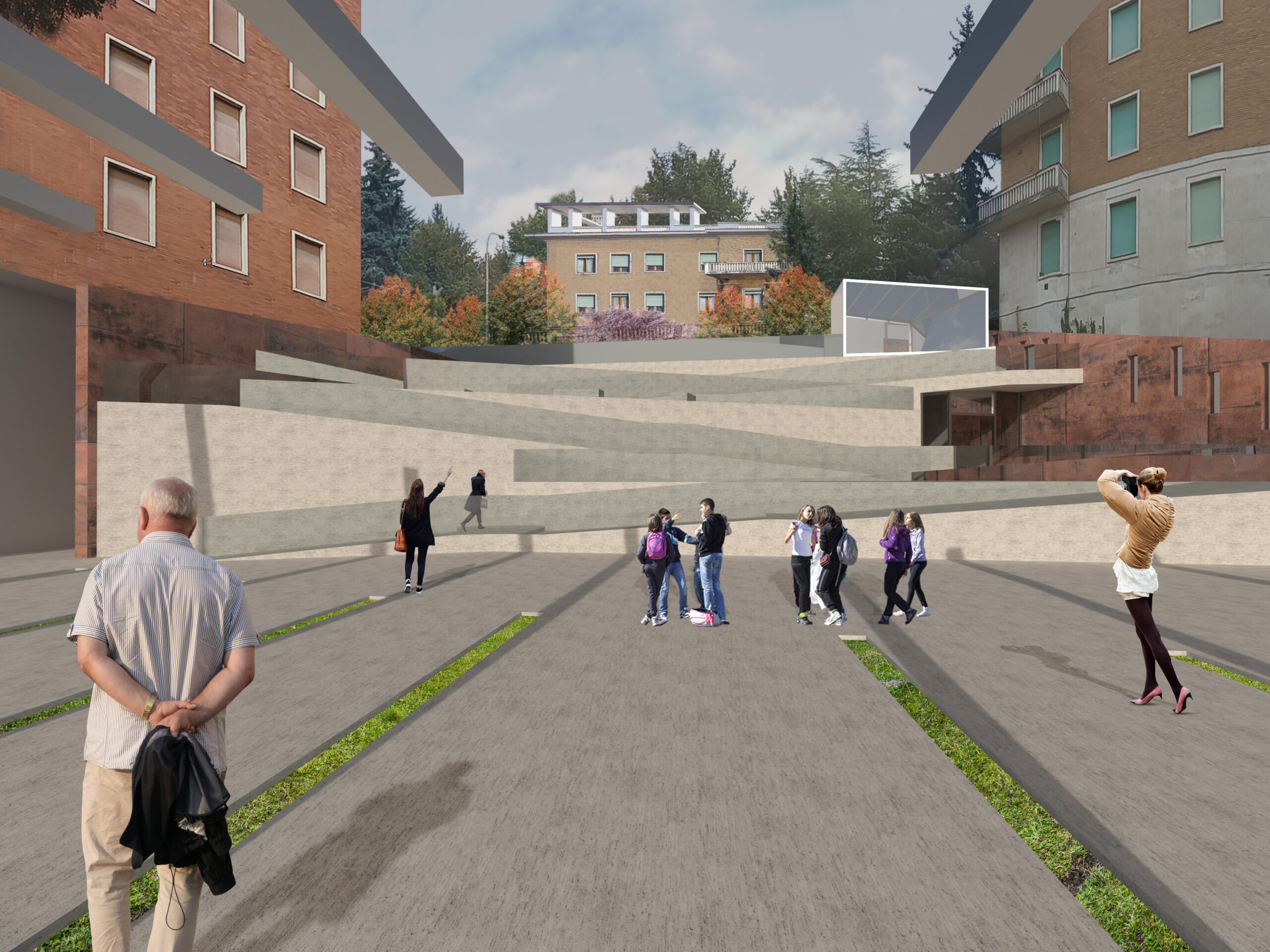 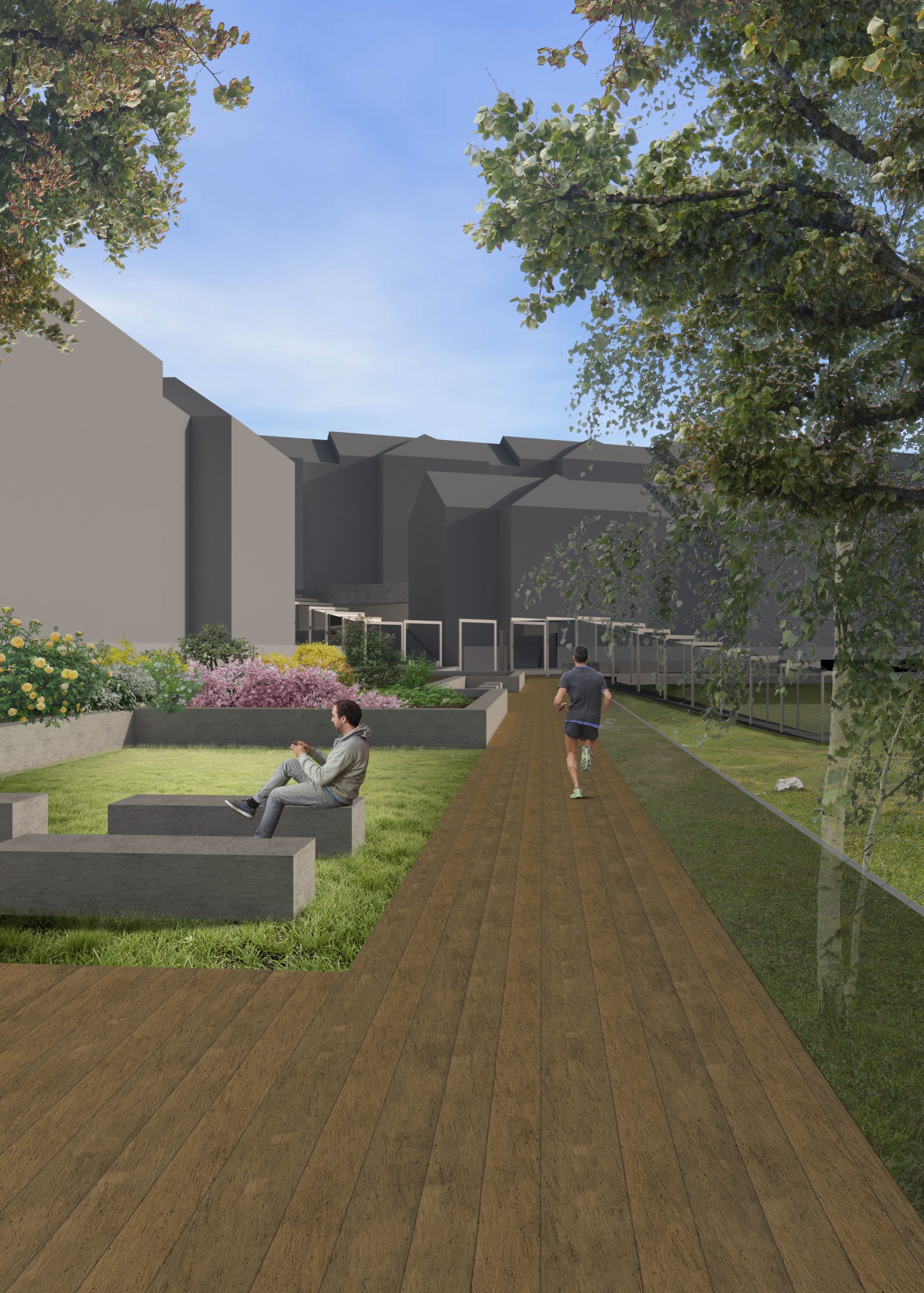 The project concerns a district inside the historic center of the city of L’Aquila, built in the ’40s of the twentieth century, along one of the new city streets. Currently, the residential buildings are partially uninhabited, although largely restructured as a result of the 2009 earthquake. The restoration of the building has left the district uneven and disconnected from the city itself. Our idea is that the recovery of a public space in favor of environmental, social and economic sustainability stimulates the development and recovery of the entire city, district after district.

The title derives from the desire for a social upgrade of the neighborhood because we believe that the true sustainability of a space or of an architecture resides both in its technological requirements and in the usability of its public spaces.